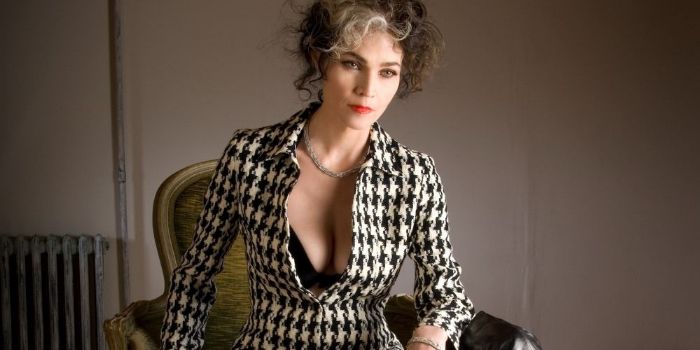 It was released in December 1989, when I heard one song with the amazing title Black Velvet, singing the great voice of Alannah Myles, today one of my dreams became a reality, to talk with the artist, singer and songwriter Alannah Myles!
ATHENS CALLING: Hello Alannah welcome to Athens Calling G.R, I have say to you that we feel extremely happy, talking with a great artist like You.
ALANNAH MYLES: You’re most welcome. Thank your for your continued support of my music.
ATHENS CALLING: Many times we are wondering, what is what, keeps the amazing song Black Velvet still alive until today! What do you have to say about this?
ALANNAH MYLES: I don’t have a simple explanation for Black Velvet’s vast popularity which seems to have given the song a longer shelf  life than most pop or blues songs of it’s day. I’d have to say that it’s perhaps due in part to being a blues song arranged and sung like a well crafted pop song with a relentless groove. But it’s more than just that. Everyone who worked on the recording remembers it as the odd man out and not a track one might expect to find on a 90’s hard rock album. It’s story captured memories of  the American heartland of country blues during a Mississippi heat wave that tells the story of  an American icon, Elvis Presley, the King of  R&R.
ATHENS CALLING : Look my opinion is that You have a great voice a great metal of voice and I think that You have also sung many others, great songs for example the songs- Love is–Our World Our times–Livin ‘on a Memory–Dance of Love...but many people when someone talk about Alannah  Myles, only speaks about the Black Velvet song .What do you think, this is good for an artist’s career or not ?
ALANNAH MYLES:  How something as Great as Black Velvet could be considered not good for an artist’s career is just plain ignorance. Those who are still aware of my catalogue know and remember songs that ranked higher in the charts than Black Velvet in certain countries in the world. The only country who refers to me as a “one hit wonder” is America because no tracks were promoted quite the way Black Velvet was. It was the last single of 7 singles released from a 10 song record In fact, Atlantic Records CEO informed me they were not releasing me from my 8 album contract but that I would no longer be receiving any financing for my upcoming records on the very night I received a second Grammy nomination in 1993 for Rockinghorse which was solely responsible for obstructing a perfectly good recording career.
ATHENS CALLING: I have to tell You, that except from Your amazing voice Also You are a very beautiful woman. This helped You , in Your career ?
ALANNAH MYLES:  Thank you. I suppose I would be lying if  I were to deny that being photogenic in front of the camera and my television training had little to do with my phenomenal success initially.  However  most of the music on that debut CD charted at radio in Canada whether it was a single or not. In it’s first eighteen months Black Velvet was surpassed in many countries in the world by Lover Of Mine, Love Is and Song Instead Of A Kiss from my sophomore album. Radio just couldn’t seem to get enough of the first album. Perhaps we waited too long before a follow up but I could only accomplish so much in such a short period of time and nothing without the requisite promotional funding.
ATHENS CALLING: At this time, we have a lot of news about artist’s scandals, which is your opinion about all this, I mean about the sexual orientation of the people?
ALANNAH MYLES:   I have little to say about sexual scandals. No one talks unless they can afford the cost of litigation. The list of violators from my illustrious male dominated career is long enough to make me a billionaire out of court (were I able to provide evidence instead of my word). Some sue, some settle, some just move on trying to learn from the example of others instead of becoming one.
ATHENS CALLING: Let’s talk again about Music. What genre you like to hear more?
ALANNAH MYLES:  I’ve always loved really well written pop songs or artists who sing black & blues that capture the soul of the artist. As long as it’s performed with conviction, the words and music are believable and not reliant upon auto tuning or other such vocal embellishments to entice the listener. Keep it real and it encourages others to demand more from radio than paid for advertisements by labels with pre-college babysitting  jobs whose artists dominate US radio.
ATHENS CALLING: We would like now, to tell us, about Your future plans?
ALANNAH MYLES:    I’ve been writing material for a vintage style blues album for the last decade though I’d also love to write a children’s album, even a hard care country album. There’s just not enough available investment funds to do it all but I’ll get there one song at a time.
ATHENS CALLING: Many thanks for Your interview Alannah, and You must to know that you have many fans in Greece
ALANNAH MYLES : I have fond memories of performing my music with members of  Thessaloniki State Symphony Orchestra on a mountain top coliseum in July 2008.
Share List