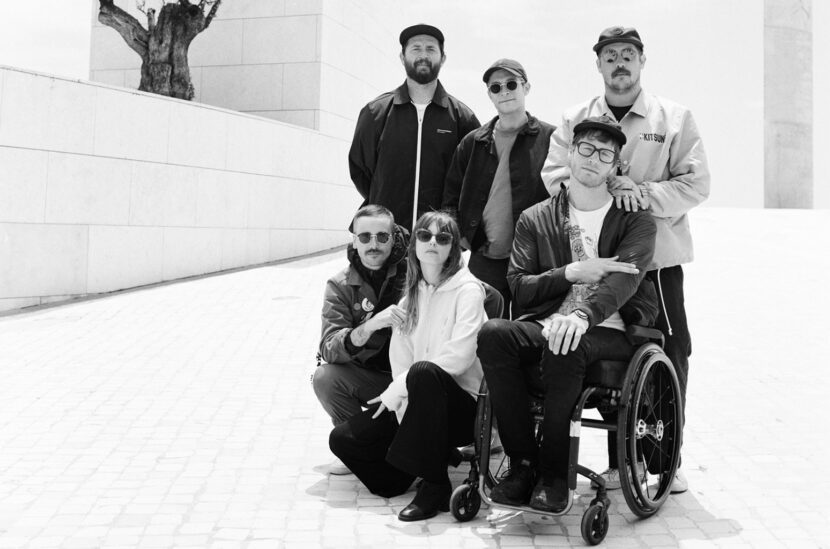 Quarantine days and we are ΄΄ locked ΄΄, in our office!… All of my partners they works with the sound of music! You Tube has “caught fire” … Songs – bands and music is just around in the entire office atmosphere!

It is a sunny day of April and today, we have a meeting about an interview with… the amazing and greatest band in the world … Portugal. The Man.

Gourley and Carothers met and began playing music together in 2001 at Wasilla High School and they are the drive levers of the band.

The group’s first two albums, from 2006 and 2007, were released on Fearless Records; they moved to Atlantic Records in 2010. On January 28, 2018, the band won,Best Pop Duo/Group Performance, for their biggest hit song “Feel It Still” at the 60th Annual Grammy Awards.

Portugal. The Man, is the indie band that even managed to surpass Justin Bieber in the world charts with the astronomical hit “Feel it still”, more than 305 million views.

Portugal. The Man, has released 8 studio albums, 4 extended plays EPs and 15 singles, from 2006 until 2017… so it is necessary to have in your bag all the albums of The Great American indie rock band!

Also you must remember that, Portugal. The Man, collaborates with Leon of Athens in the remix of his single “Communication”, released on 2020/04/13.

Portugal. The Man, is a great band and was able to have an interview with the bassist and founding member, Zach Carothers.

Athenscalling.gr: Hello my friend! I am very happy today chatting with you… Zacharia (Your name in Greek Language)! Welcome in Athenscalling.gr webzine.

Zach Carothers…(Portugal. The Man): Hi, me to! Thank you.

Athenscalling.gr: At first I will ask you about the name of your band, it is an amazing name… I like Portugal and Ronaldo! But tell us who the Godfather of your band name was?

Zach Carothers…(Portugal. The Man): John came up with the band name. It was actually supposed to be a character based on his dad. That just always told us amazing stories. And I think growing up in Alaska, we you know, we wanted we wanted the band name to represent our whole group of people. We wanted to sound like one person, a fictional character. Kinda like how David Bowie created Ziggy Stardust. We wanted his name to represent a whole group of people. So we picked the country and picked Portugal because it just felt right and sounded right. And it also just seemed kind of on the other side of the world from Alaska, just someplace that was very far away and very exotic for us and that we never expected that we’d see.

Athenscalling.gr: Βefore we continue. I must to tell you that I love your band live and today in my office, I was listening ‘’Portugal. The Man- LIVE from Lollapalooza 2018΄΄. It was an amazing concert.

Athenscalling.gr: You and John have been together for 17 years… What do you have to say about your collaboration?

Zach Carothers (Portugal. The Man): The craziest thing that we’ve ever done is by far is stayed together this long. We have ups and downs. We love each other like brothers, and we also fight like brothers. We’re completely different people, but we have extremely similar ideals and goals. And so it really works out.

Athenscalling.gr: Do you have any band influences?

Zach Carothers (Portugal. The Man): Oh, for sure, when we started the band, we wanted it to be sort of a mix of the Wu Tang Clan and the Beatles. Besides that, there’s always Pink Floyd, Nirvana, Rage Against the Machine and countless others.

Athenscalling.gr: Your top 5 of bassist?

Athenscalling.gr: Your hit “Feel It Still”, was it a good thing or bad thing for the band?

Zach Carothers (Portugal. The Man): It was an unbelievably good thing, opened so many doors. And through that experience we’ve learned so much about songwriting and production and just about the world. It’s allowed us to go to so many countries in new cities and we need people and that’s what we do this for.

Athenscalling.gr: What is the first album you bought?

Zach Carothers (Portugal. The Man): The first album I ever bought with my own money was, I dont remember the first album, but the first CD I got, we will put it like that cause I had a few tapes but I can’t remember whether I bought those or my parents bought them. First I’m sure with my money was Pearl Jam ‘Ten’ and that was the first CD ever bought myself. In fact I think the first tape might have been the young guns soundtrack.

Athenscalling.gr: Are there any albums you are listening to now?

Athenscalling.gr: Any plans for the future of PTM?

Zach Carothers (Portugal. The Man): Yeah, we’ve been working on a new album for a couple of years, we just can’t wait for things to open up and let us get back on the road and start releasing some music and playing it live.

Athenscalling.gr: And before the end of chatting… Any  thoughts on Greece?

Zach Carothers…(Portugal. The Man): Hell yes. I’m a big fan of classic literature, and so while I’ve never been to Greece, some of the best stories ever told by man are coming from that area and it seems like one of the oldest places in the world for the written word and for art and storytelling and so much of our history and language as human beings comes from those stories.